How to keep killifish (Oryzias latipes) without fail.

Ecology and biological and morphological characteristics of medaka

Standard Japanese Names: northern medaka, southern medaka
The standard Japanese name is the name of an organism used in Japan, as in “human” for humans.
Scientific name: Oryzias latipes
Scientific names are the names of organisms that are commonly used throughout the world. It is used in academic papers. For humans, it is “Homo sapiens.
English name: Medaka, Japanese killifish, Japanese rice fish
The name “killi” also means “stream” or “waterway.
Classification: Medaka (killifish), family Adrianichthys, order Diptera

The Datura (Datura) order, to which killifish belong, also includes the familiar Pacific saury, saury, datu, and flying fish. According to wikipedia, until the 1980s, killifish were included in the order Caddisflies, the same order as guppies and other fish.

Medaka are also genetically diverse in Japan, and the strain from the Fujisawa City area in Kanagawa Prefecture is known as the “Fujisawa medaka. It is possible that it may be classified as a species other than the northern and southern medaka in the future.

Medaka has long been familiar to the Japanese.

Since ancient times, killifish have been familiar to Japanese people like carp and goldfish. As evidence of this, there are thousands of local names for killifish throughout Japan.

In 1939, a man named Jippo Karakawa published a book titled “Medaka Dialect Vocabulary. It is probably very rare for a single country to have such a wide variety of creatures with different names.

It is probably because they are so closely related to people’s daily lives and have been loved by them since ancient times.

In recent years, more and more river banks have been covered with concrete and other materials due to riverbank protection works, etc., and there are fewer streams with gentle currents, which has resulted in a narrower habitat for killifish. Many people have probably never seen killifish in the wild.

As a result, in 1999, killifish were added to the “Environment Agency Red List” of species in danger of extinction.

The news at the time was very widely covered, and many people may remember the existence of killifish because of this news.

Medaka live in such places as rice paddies, irrigation canals and streams where the flow is slow and the zooplankton they feed on is plentiful. The photo shows the balcony biotope where we keep killifish at Medaka Fisheries. It is very relaxing.

At Medaka Fisheries, we recommend not only keeping killifish, but also keeping them in a planter biotope where you can enjoy the growth of plants and flowers. It is very relaxing to enjoy various expressions depending on the season, spring, summer, fall, and winter.

What you need to keep killifish

Medaka are probably the easiest type of fish to keep at home. Even elementary school children can easily keep medaka if they have the proper knowledge.

However, recent breedings of medaka are often genetically weak due to inbreeding, so care must be taken when introducing them to the market.

However, you do not need a glass or acrylic aquarium like those used to keep goldfish to keep killifish.

If you want to view them from above, called “Kamimi,” like Japanese Nishikigoi, you can keep them in planters, water lily pots, or Styrofoam pots such as those sold at home improvement stores.

Many keep them outdoors in large planters, bathtubs that are no longer in use, or large shallow containers that are used to mix concrete during construction.

Any container will do, as long as it does not leak water. In extreme cases, even something as small as a plastic bag will do.

In fact, we keep killifish in several different containers, some of which are plastic planters or wardrobes for plants.

Planters sold at home improvement stores can also be used to keep killifish, as long as they are treated to prevent water leakage.

Tap water may contain chlorine and other substances that are harmful to killifish.

In modern Japan, where water treatment has become more sophisticated, chlorine remover is rarely needed (this is my personal opinion), but it is a good idea to use it just in case.

It is available at home centers, pet stores, and aquarium stores for a few hundred yen. Tetra’s Contra-Color line is a well-known example.

If pumped into a bucket or other container, it will have the same effect as removing calcium in about 24 hours.

However, if you are keeping healthy varieties of killifish such as Japanese killifish and wild killifish at home, expensive food is not necessary.

It is possible to keep killifish at a low cost.

However, the size of the grains in this product are a little large for feeding to young fish and fry, so it is necessary to crush the grains before feeding.

Breeding killifish gives many people peace of mind and the joy of being in contact with living creatures.

Medaka are easy to keep and do not require special equipment or devices, and breeding is simple once you get the hang of it.

Moreover, they are wonderful creatures that give us the happiness of watching their cute appearance as they beg for food and their fry gradually grow in size. Please take this opportunity to try keeping killifish!

This website provides information on how to keep killifish.
Please take a look at our other articles.

Having trouble keeping killifish fry?[caption id="attachment_2628" align="aligncenter" width="1024"] Aim to be full of[…]

Related
How to raise killifish (Oryzias latipes) eggs and the difference between males and females.

Egg-laying season for killifish in a natural environment is from May to OctoberWhen kept outdoors or without a heater,[…]

Related
Beginners understand how to raise killifish (Oryzias latipes) from spawning to fry.

Medaka keeping is easy even for kids once you get the hang of it!Medaka are probably the easiest type of fish to keep […] 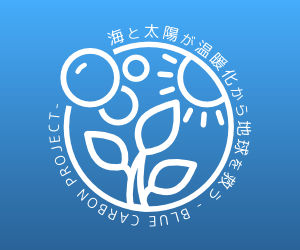